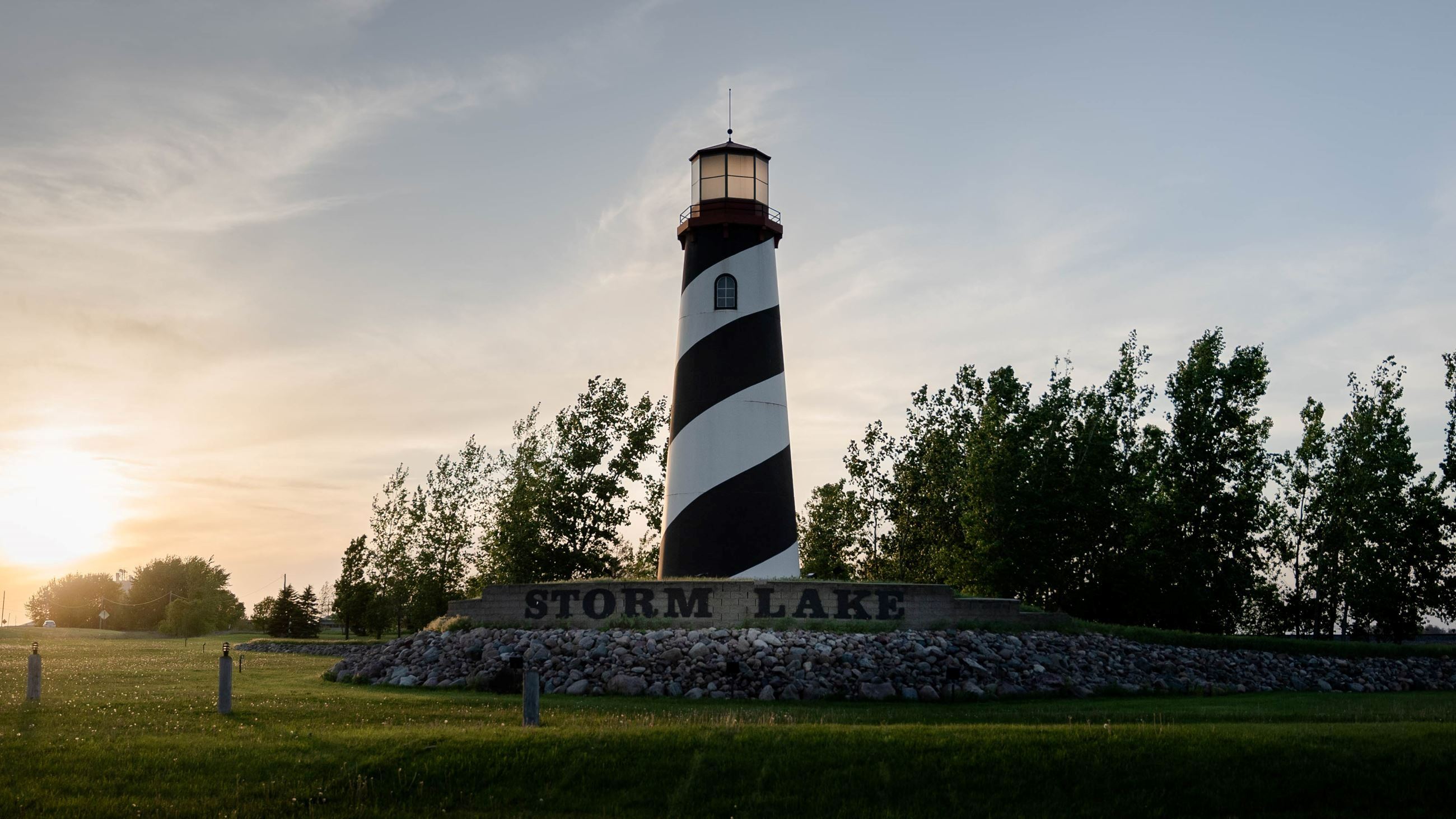 Nearly 260 new housing units are being constructed or planned in Storm Lake right now! That's the most at any one time in city history. This includes some two dozen single-family dwellings, 51 condo units (with another building planned for the near future), 36 market-rate apartments, several townhomes, and 170 duplex home units. 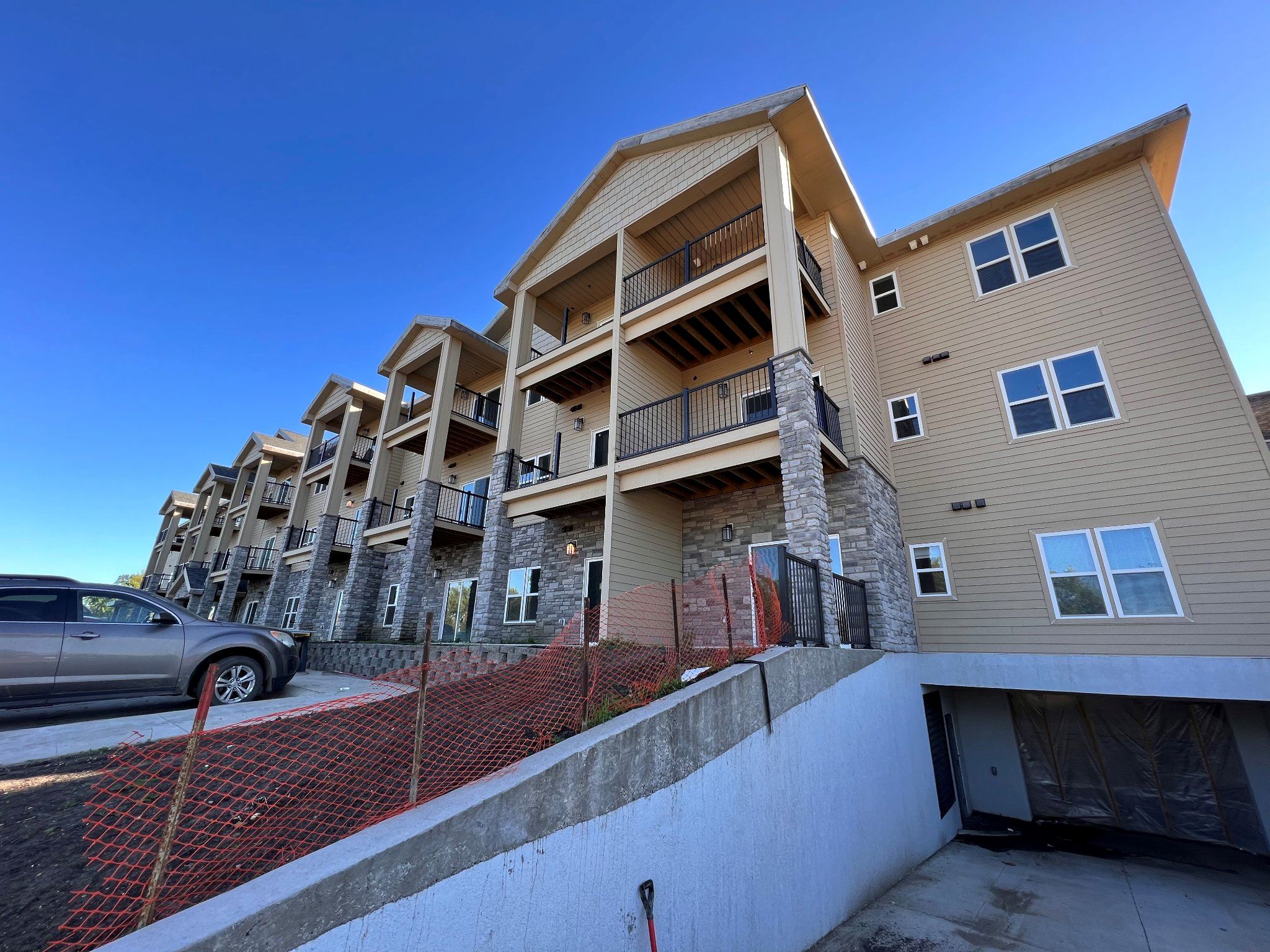 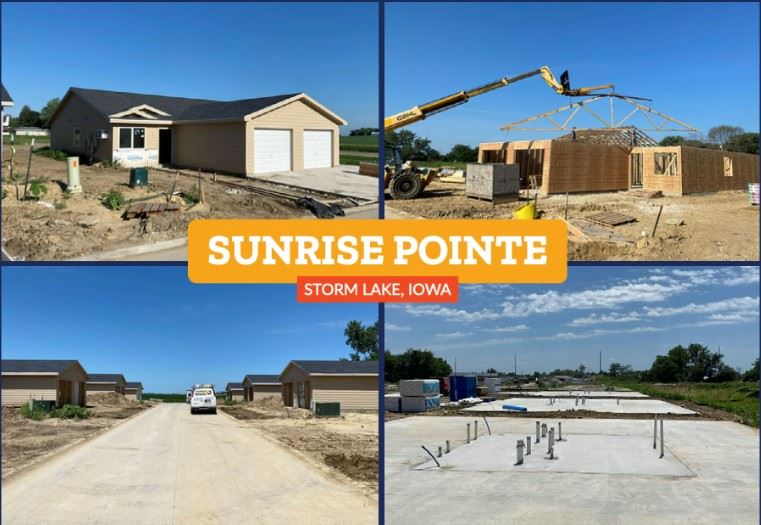 Tyson Foods Inc., has completed construction of their $50 million feed mill to supplement its turkey operations in Storm Lake, Iowa. The new facility adds 69 acres to the company’s existing turkey complex, which includes grow-out facilities, a research firm and a processing plant.

The feed mill will be a critical piece to our business operations, and we look forward to seeing its impact across the United States and right here in Iowa,” said Noelle O’Mara, group president of prepared foods at Tyson Foods.

Tyson uses corn and soybean meal from about 70 farmers within a 60-mile radius of Storm Lake to supply feed for the turkeys at its operations.

The company added that the mill would help support the growth of the Jimmy Dean, Hillshire Farm, State Fair and Ball Park products.

More than 3,000 Tyson employees work at its facilities in Storm Lake. In Iowa, the company has more than 11,000 workers. 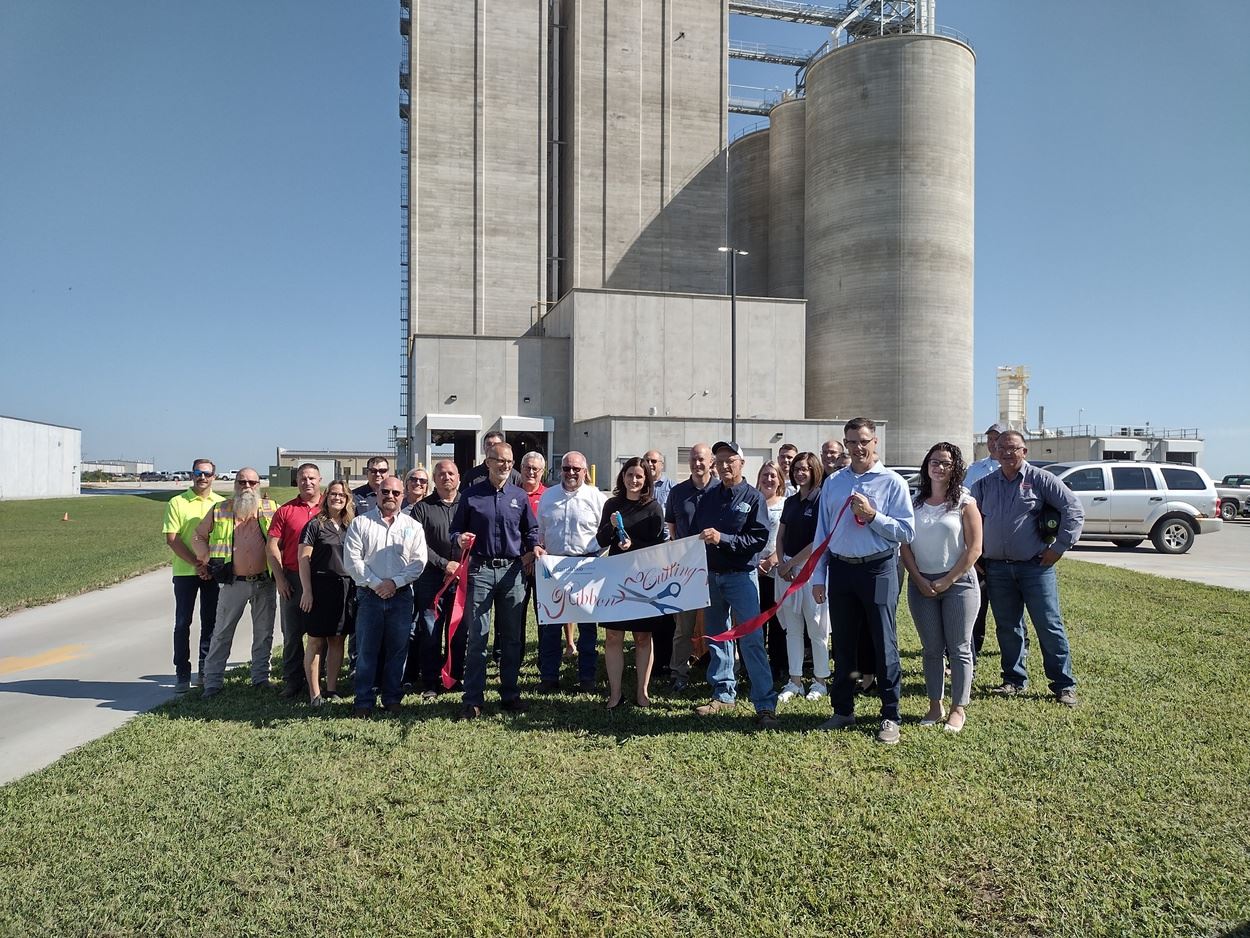 Tyson Foods through a partnership with The Iowa Lakes Corridor Development Corporation (Corridor) has announced two grants totaling $150,000 for affordable housing projects.  The Sunrise Pointe Phase II project by Kading Properties and the West Wind Townhomes by Brash LLC will each receive grant funding toward their projects.

The City of Storm Lake on behalf of the Corridor opened applications for housing grants at the end of March, requesting proposals that met the housing goals and objectives of Storm Lake. Proposals were evaluated and scored on a competitive basis.

Storm Lake, like many communities across Iowa, has a continuing need for more affordable housing. One of the major goals and priorities for Tyson Foods, The City of Storm Lake and the Corridor is to create, expand and maintain workforce housing.

“We are excited about our partnership with The Iowa Lakes Corridor Development Corporation to bring more affordable housing to the residents in Storm Lake,” said Russ Dierenfield, group manufacturing director for Tyson Foods. “High costs can burden working families as well as the economic health of the region. Tyson is committed to helping our team members and the community in the best ways we can.”

West Winds Townhomes will be developed by Brash LLC, consisting of four buildings with two units per building, totaling eight single-family dwellings. The townhomes each feature two bedrooms, two full baths, 1,250 square feet and a two-car attached garage. These dwellings are estimated to start construction this month with a predicted completion date of July 2024.

Kading Properties is in the process of constructing Sunrise Pointe Phase II, a 170-unit housing development on the northeast side of Storm Lake. All units will be offered as market-rate rentals to ensure affordability by the community’s workforce. Unit types will include both three-bedroom/one-bathroom and three-bedroom/two-bathroom floorplans, all with an attached garage. The project also includes a greenspace parkland which will be dedicated to the city for the enjoyment of the residents and other members of the Storm Lake community, as well as a walking trail that will run the north, east, and west sides of the perimeter of the property to connect to the future public multiuse trail on the south.

“Kading is grateful for the support we’ve received from the entire Storm Lake community for the housing project we currently have under construction, which will provide 170 new rental townhomes for local families,” shared Carrie Woerdeman, CPM, Director of Development with Kading Properties. “The housing grant provided through partnership between the City of Storm Lake, Tyson Foods, and Iowa Lakes Corridor will help ensure the success of the project and is particularly impactful in this time of volatile material costs and supply chain uncertainty. We could not be more excited to become a part of the Storm Lake Community!” 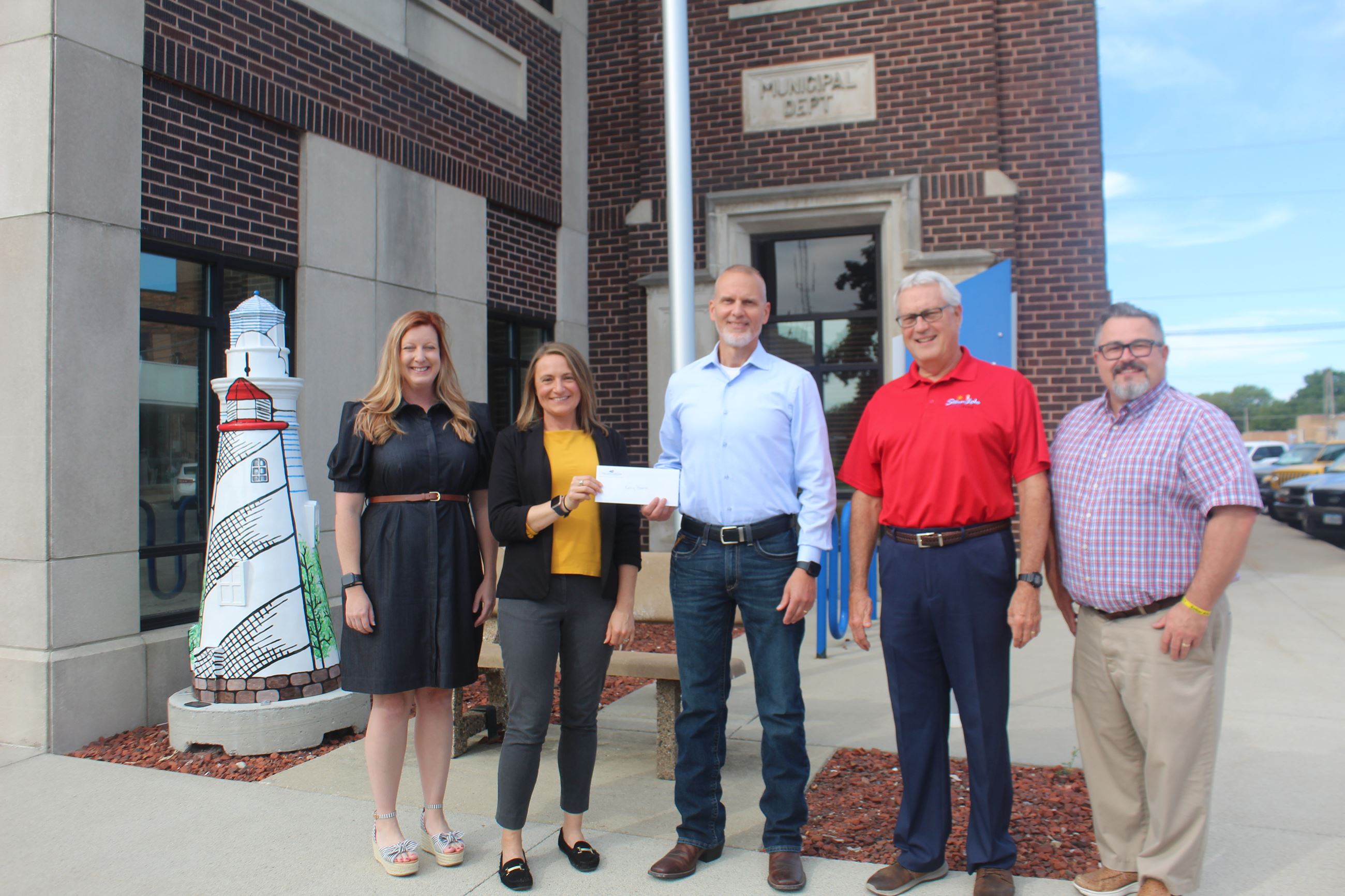 The new Storm Lake soccer Mini-Pitch in Chautauqua Park  is now open to the public. The Mini-Pitch is the result of a $100,000 fundraising campaign with the Kick It Forward Foundation.

Foundation founder Matt Sahag says, “We look forward to giving the kids of Storm Lake the feeling of playing in a ‘mini stadium’ and filling their appetite for soccer.”

Kick It Forward was created in 2012 by former college soccer players who are now business professional in Iowa, looking to pass their passion for the game on to the next generation. “We aim to develop athletic and life skills in youth soccer players, providing them with powerful resources to live healthy lives and promote social change,” the foundation board of directors expresses.

Storm Lake’s Mini-Pitch will be the 15th built in the state. In western Iowa, other Mini-Pitches have been developed in Sioux City and Council Bluffs.

A Mini-Pitch is a scaled-down, futsal-style soccer field built from durable galvanized steel, with built-in goals. The design was engineered by Oskaloosa, Iowa-based Musco Lighting, the company that is assembling the Storm Lake pitch and its state-of-the-art LED lighting. The concept is to transform underutilized spaces into places where children and families can enjoy activity.

Futsal is an international sport typically played five-on-five, on a hard surface. It differs from traditional soccer in that substitutions are on the fly hockey-style, there are no offsides to stop action, and the ball must stay below head height with no punting by goalkeepers.

The Storm Lake mini-pitch is located on the former site of a little-used tennis court in the park. The surface there is large enough to add a basketball court or other activity space to the north of the pitch  in the future.

Even without a real playing space, children have long repurposed the former tennis area for playing informal soccer, Kucera of Community Ed said. “Adding a Mini-Pitch in our community will be a tremendous advantage… having a safe and accessible place for our kids to gather with the local players offers and opportunity that does not currently exist.”

“We are excited to see the commitment put forth by our partners, the City of Storm Lake, the BVU soccer program and Kick It Forward, to develop sustainable soccer ecosystems that will help the youth of Buena Vista County grow and develop their skills,” adds Musco President Jeff Rogers. “Revitalizing space and providing equal access are values we strongly support.” 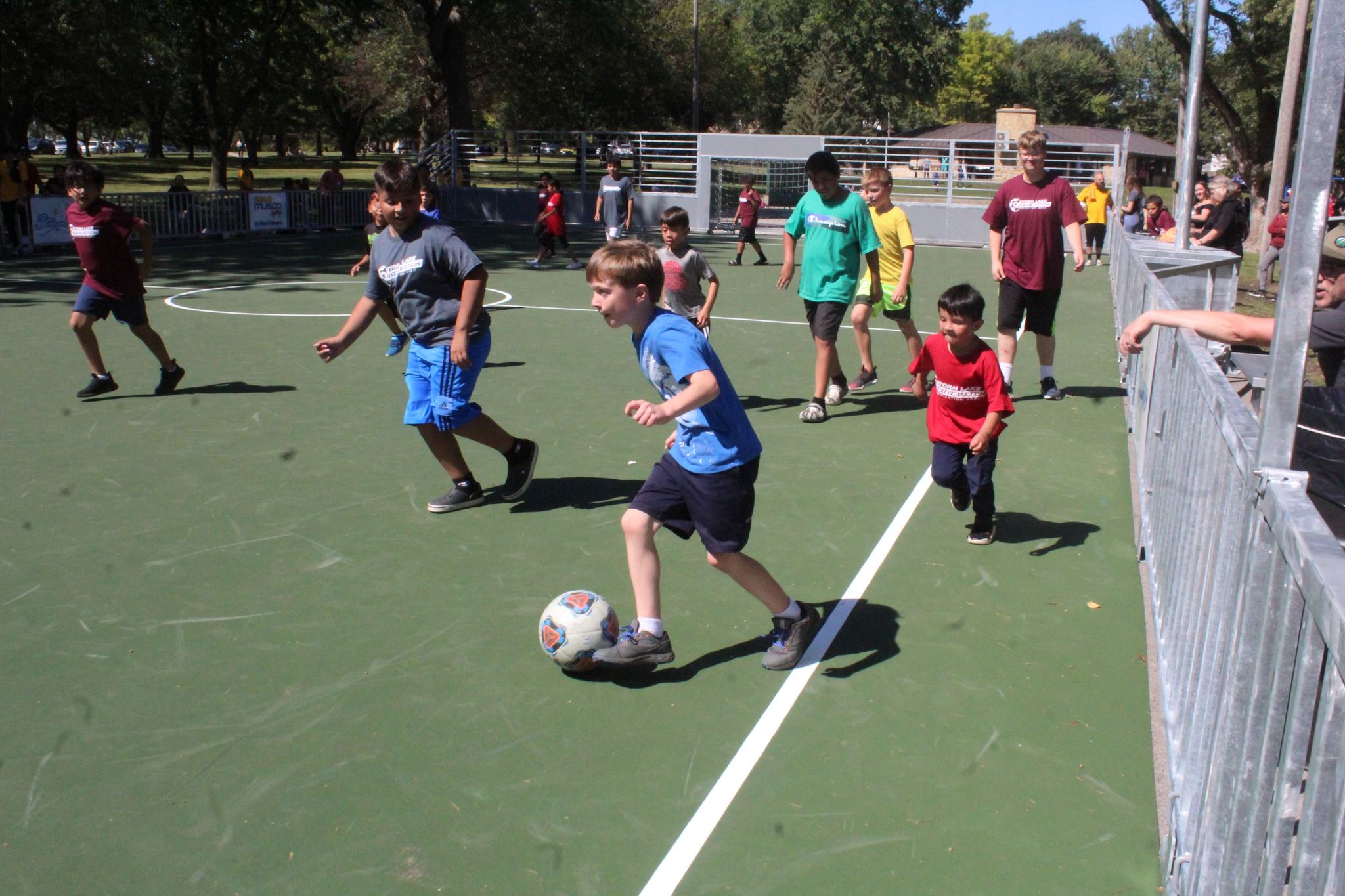